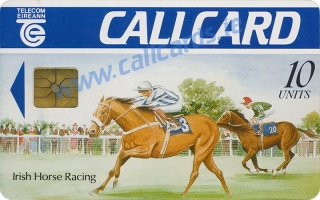 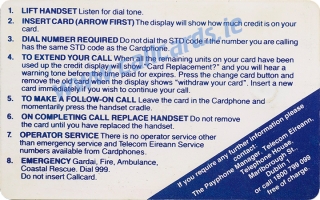 The Card with no chip has a reverse with an overprint saying "THE TELEPHONE CARD CLUB MEMBERSHIP CARD 1992/93". These were donated to the "Telephone Card Club" in the UK by Orga as membership cards. 750 of them were printed.

In Variation C a similar card was due to be released in 1994 through retail outlets but was withdrawn. In sept 1995 approx 50,000 cards were reprinted and released.

The difference being the orga symbol contained at the back of variation C was almost double the size of the original print (probably similar to the one with no chip shown underneath it).