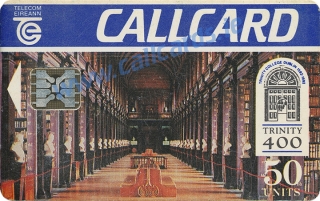 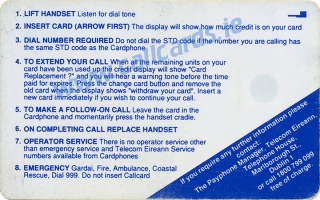 The Image shows the Long Room in Trinity College, Dublin.

The main chamber of the Old Library, the Long Room, is almost 65 metres in lenght, and houses aproximetely 200,000 of the Library's oldest books. In 1860, the roof was raised to allow the construction of it's barrel-vaulted ceiling and gallery bookcases. Marble busts are placed down either side of the room, which also contains the oldest surviving harp in Ireland. The old Library is also host to the famous Book of Kells.

This is one to be of interest to movie buffs. Did you know that the Jedi Library in Star Wars Episode II: The Clone Wars is actually based the Long room! For more info and images, see here and here. If you wish to see it yourself, the footage can be seen just after 32 minutes from the very beginning of the movie.

(When we first seen the pictures, we thought they were a scene from one of the Star War video games... it's actually from the movie. It goes to show how much CG has come along since the movie was made. To prove it, we took a screenshot ourselves to show you)