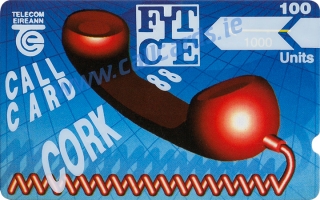 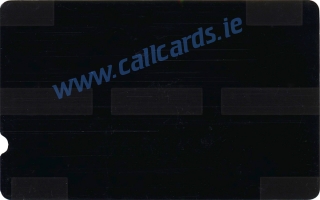 This card was given to engineers attending the FITCE (Federation of Telecommunications Engineers of the European Union) conference in Cork in October 1988. This was also sold in Dublin. This card would be familiar to collectors in other countries such as the United Kingdom, as the card is an overprint of the GPT Test Card (see here). As a result, the cards white overlay (such as the logos & text) can be easily scraped off, so special care is needed when handling the card.